Golden anniversary of being a two-talent person

I don't usually give personal details about age, health matters, or other things that can be harvested by data miners for nefarious purposes. But here's a factoid that I'm a little proud of: 2019 is my golden anniversary (50 years) of serving as a church worship pianist.

My mom was my first and best piano teacher, and she encouraged my love for religious music of all kinds. I played "special music" as a piano soloist, and accompanied school choruses and choirs, and a terrible little ensemble of instruments that really don't "go together" (for instance, a Flutaphone and a saxaphone).

My mother and I played piano and organ duets, and I accompanied vocalists from strained croakers to fine musicians. Rather than watch the soloist over the written music, I listened for the intake of breath, or the sign that they were running out of air, and adjusted my playing to accommodate them. Further, I learned that the accompanist should enhance the ensemble or soloist, not overtake it, and piano solos and piano accompaniment are very different animals.

I was elected one of the church pianists at age 10, and in rotation, I played congregational hymns on the piano along with the organist, as well as took my turn playing offertories and preludes.

My teachers wouldn't teach chording and improvisation (they trained me classically), so I taught myself to play from lead lines so as to play the Christian Contemporary music then in its early years. I memorized chords in every key, and practiced playing them in inversions, in several styles.

About eight years ago, listening to a recording of Carole King and James Taylor, I realized that my contemporary improv was very much like theirs, that playing along with my vinyl records when I was 13 had developed that style, as well.

I wasn't the only kid to be nurtured in music ministry at such a tender age. My schoolmate Ronnie was a year older than I, and for a while we shared the same piano teacher, but he was always a better pianist than I. When a mutual friend lost his father a few years ago, Ronnie played the piano for the memorial service--and he's still better! I don't envy him (much) because of the Parable of the Talents (Matthew 25:14-30).

For it will be like a man going on a journey, who called his servants and entrusted to them his property. To one he gave five talents, to another two, to another one, to each according to his ability. Then he went away. He who had received the five talents went at once and traded with them, and he made five talents more. So also he who had the two talents made two talents more... His master said to him, ‘Well done, good and faithful servant. You have been faithful over a little; I will set you over much. Enter into the joy of your master.’

The Master gave Ronnie five talents where I received two talents. Both of us invested wisely by practicing and giving back, but Ronnie got the larger deal. It wasn't our deal to make. The Master decided who got what, and we accepted the gifts and didn't squander them.

In addition to formal piano and organ lessons from age six through university, I often sat with accomplished keyboardists to turn pages for them in worship services, funerals, weddings, and evangelism campaigns. The best of them had a small stack of books with them that they could quickly turn to if the service changed direction unexpectedly, and this has stood me in good stead many a time! (Thanks to those early mentors, Mrs. Doris Starkey, Herbert Work, and my mom, who coached me on expression and phrasing by noticing the lyrics as I played through.) 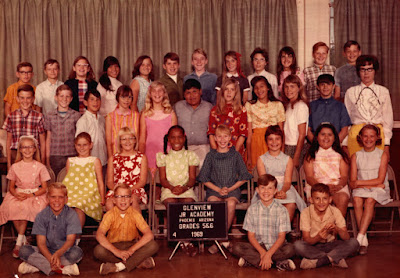 And thanks to those little monsters who were my classmates at Christian school. We had worship in our classroom every school day, and the teacher would take requests from our old, beat-up hymnals. The kids would invariably search for the most difficult hymns to make me play, like "Onward Christian Soldiers" in four sharps, or "For All the Saints" with its walking bass, or "Once to Every Man and Nation," with its long phrases of triplets in a minor key. I practiced every hymn of the 600+ numbers so the little monsters couldn't embarrass me when they tried. Mwahahaha!

I learned to listen carefully to the scripture readings, the sermon, and to surreptitiously read the reactions of the congregation, though my face was generally turned to the pulpit.

By the time I was a teenager, I was playing for small weddings, and when I was in my 20s, I began playing professionally with many denominations. I've played massive pipe organs, pianos from Yamaha to Steinway to clunky old uprights, and synthesizers with more knobs and buttons than the 88 keys. There have been a fair number of what I call "cha-cha" organs, the spinet with buttons for bossa nova and foxtrot percussion that people had in their homes in the early 1970s and then donated to the church when they moved or Grandma died. I never used the percussion settings in services, but confess that I thought it hilarious to use it when playing the Bach Invention No. 8 in my practice time. It was a metronome with attitude.

I saw the look of alarm on the faces of the 80-year-old pillars of the church when a digital synthesizer keyboard was purchased, and I chose settings like plucked harp or piano and strings to soothe their fears that a rock band was taking over. At other churches, I played with a "praise band" and it's a blast to work with others after practicing piano as a sort of solo sport for so many years.

One of the benefits of playing for churches (besides the much-needed income) is the fellowship of like-minded musicians and directors. Another is the professional development as I enhance the worship experience by expressing the music a certain way or knowing to jump from accompaniment to vocal parts and back during rehearsal.


The church I currently work for has been such a blessing to me, not only in terms of income, but in fellowship and service. I love the church, love the musicians, love the director and his talented wife, and can't imagine that my experience could be better. OK, it could be better in this way: we only sing from September through April because of the extreme heat in summer with people escaping on vacations, and I only get paid for playing for choir, which means I need keyboard substitute jobs to help pay my living expenses. I hope you'll join me in prayer about summer "gigs" at area churches.

Are you a five-talent, two-talent, or one-talent person? I'm satisfied with what God gave me, and the many ways he's sustained and blessed me over the last 50 years.

THIS WRITER/EDITOR FOR HIRE. Recommendations available.

Visit my other blogs